Tennessee – The Perfect Location to Do Business

The ceramic industry, in the State of Tennessee, continues its strong growth, adding to the long list of production companies from all over the world, the famous Brazilian firm ‘Portobello Inc. ‘. The investment represents one of the most complex projects of Haslam legislation and will create 220 jobs in Putnam County. By investing in a broader international footprint, the State of Tennessee is entrenched in the new global economy with a particular focus on the ceramic market.  The Volunteer State is home to 967 foreign-based businesses that have invested over $37.3 billion in capital and employ more than 147,000 Tennesseans.

Tennessee is now the ideal place to invest: perfect location, skilled labor force, competitive salary, low indebtedness and a pro-business regulatory environment. Bees Communication is home of the Economic, Community Development department of the State of Tennessee office in Italy, promoting the State to Italian companies interested in expanding their business in the United States. Please do not hesitate to contact us if you require further information 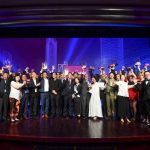 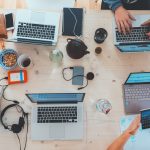 A year with Bees Communication!Non categorizzato