The State of Tennessee is known for being led by professionals that put an extreme amount of effort in communicating with colleagues, press and most importantly citizens daily to keep them informed on what is to come for the amazing State.

For the first time since the opening of the Italian Office in April 2015, myself and my colleagues from the offices in China, Germany, Japan, Korea, Netherlands and United Kingdom where present at the 64th annual Governors Conference the 26th and 27th of October.

Following former Commissioner’s, Randy Boyd (now running for Governor) and Governor Bill Haslam’s word, the conference was held in Gatlinburg, as a sign of recovery from the terrible fires that devastated the area in 2016.

Fourteen sessions that covered the key aspects of Economic Development were presented by speakers from throughout the State, Country and World. Keynote speakers Governor Bill Haslam, Senator Lamar Alexander, Senator Bob Corker and Commissioner Bob Rolfe held the Luncheon in which Tennessee was presented and discussed from a national and international prospective.

In addition, the State selected a recently inaugurated venue to host the conference’s opening night reception on the evening of the 26th of October, named Anakeesta, and the outcome was outstanding!

I’ve returned to my desk in Bologna with incredible contacts, important facts and most importantly, even more stimulated to promote the incredible State of Tennessee to Italian companies that want to expand to the United States of America. 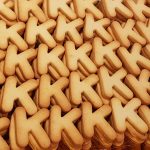 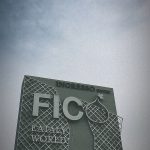 Finally FICO. Seven hundred journalists from all over the world for the opening reserved to the mediaNon categorizzato