OFF WITH THE TARIFFS: And the stockpiling begins!

It’s official, for almost a week the commercial tariffs adding an additional 25% on parmigiano and pecorino cheeses, and various Italian produced liquors have taken effect.

Despite the protests and the battles in the media with the aim of stopping the trade dispute, the tariffs were confirmed, and with this confirmation, the hunt for Parmigiano has begun as well.

In fact, United States consumers are in a hurry to get their Parmigiano before the surge in prices, from the current price of about 40 dollars per kg to more than 45 dollars per kg. The rush to stockpile the Italian favorite has created an estimated 220% increase in sales.

Of course one can’t forget that Italian’s strong suit is food, starting with the indisputable quality of the raw material, to the love and exactitude found in the tradition of the production, both of which make Italian cuisine one of the most precious assets of the country.

It’s a shame that the high quality of Italian products, rigidly protected and branded by Italian and European law, will no longer be as freely available. Beyond being limited in the American market, it’s possible authentic Parmigiano will be replaced on American dinner tables by cheap copies of the real thing. It’s comparable to eating a hamburger with fried zucchini instead of french fries – simply unacceptable.

Of course, even the worst situations have their supporters, and this one is no exception. It’s seems the only people celebrating the new tariffs are the fake Parmigianos already on the market, like Parmesan, that are expecting a large increase in sales. However, the only thing they have in common with Parmigiano, and Italy, is the name… #ISUPPORTPARMIGIANO 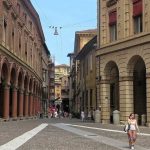 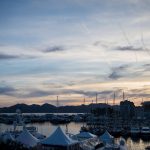