It has been announced a few days ago that a new direct intercontinental flight will connect Bologna to the city of Philadelphia, in the United States: the connection will be operational starting from June 6, 2019 thanks to the agreement between Bologna Airport Guglielmo Marconi with American Airlines. American Airlines announced the plan to introduce 4 new destinations in 2019: in addition to Bologna (Italy), also Dubrovnik (Croatia) and Berlin (Germany) with seasonal flights, available from June to September, starting next June, and Edinburgh (Scotland) starting next April. The new flight in Italy confirms the importance that our country has for American Airline that with it broadens the network of Italian cities connected with the USA with direct flights from Italy, arriving to count 10 direct flights in the next summer season 2019 The new link represents “an extraordinary opportunity for development for companies that have exchanges with the US and for tourism operators in our region,” said Enrico Postacchini, President of Airport Guglielmo Marconi in Bologna. 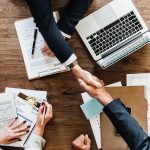 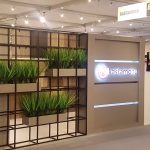