In our previous news and in the articles we shared on our social networks, we have already shown the success of Italy at Mipim 2018: the Italian pavilion, managed by Ice, has seen the largest institutional participation in the recent years, within 10 Regions and Municipalities, Milan and Lombardy Region have participated as a system together with the partners of the territory and so Bologna.
Moreover, the number of Italian private companies exhibitors at Mipim have increased a lot.
And a few weeks after the conclusion of the 29th edition of Mipim, Italian real estate community has celebrated its successes. Last Thursday 5 March, at the Coima Sgr office in Piazza Gae Aulenti in Milan, the event was held to celebrate the 3 Italian redevelopment projects winners at the Mipim Awards 2018: 2 projects in Milan, both developed by COIMA sgr, Porta Nuova, winner in the “Best urban regeneration project” category and the Feltrinelli & Microsoft House Foundation, winner in the “Best Office & Business Development” category, and the project FICO Eataly World, in Bologna, which won in the “Best Shopping Center” category.
The winners of the prizes and the most important exponents of the Italian real estate world attended the event, promoted by Assoimmobiliare and sponsored by the Presidency of the Council of Ministers. Among the guests were Filippo Rean, General Manager of Mipim, Stefano Nigro, General Manager of Ice, as well as several institutional authorities, including Roberto Tasca, Councilor for the budget of the City of Milan, Pierfrancesco Maran, Councillor of urban planning, green and agriculture of the City of Milan and parliamentarians Alessandro Cattaneo and Stefano Maullu, a testimony of the collaboration between public and private, supported by Assoimmobiliare.
Indeed, the victory of Italian projects at the Mipim Awards proved that the Italian real estate community is able to present itself as a system to an international audience, as underlined by Filippo Rean, after the success of Italian participation at last Mipim edition. 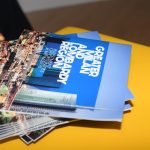 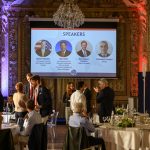