The 2026 Winter Olympics will take place from 6 to 22 February and the 2026 Winter Paralympics will be held from 6 to 15 March in Italy. The International Olympic Committee voted Monday, at the SwissTech Convention Center, in favor of Italy’s joint bid by Milan and Cortina over the runner-up, Stockholm and Are in Sweden. The Milan-Cortina bid won 47 votes in its successful bid to host the 2026 Winter Olympics, with Stockholm-Are receiving 34 votes. The Winter Games will return to Italy just 20 years after Turin 2006 and Cortina1956.

Milan-Cortina bid is focusing on existing venues in most cases: the only new venue will be a state-of-the-art multi-functional arena that Milan is currently missing and is being planned by private investors as part of a larger development project at Santa Giulia. The 15,000-seat PalaItalia in the southeast of the city will be used as the primary ice hockey venue for the 2026 Olympic Winter Games and will leave a legacy as the city doesn’t have an indoor venue of this size right now.

The arena will be located nearby the Rogoredo station. The project also includes 3,900 apartments, a hotel, a mall, offices, and a 380,000-square-metre urban parc. Milan will, also, host the sports of ice hockey, figure skating, and short track while other sports will be held in the north-east of the country in Cortina, Val di Fiemme, Livigno, Bormio, and Antholz.

In any case, the fundamental aspect, underlined by urban planners, is the concept of legacy, that is the legacy that the event will bring for the future. It is all about creating the conditions for real estate development to have a positive social impact. ‘The less we build, the better, because the risk is always to build cathedrals in the desert’. 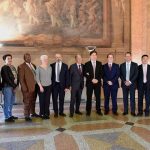 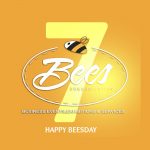