If in the past the thriving force of Emilia-Romagna Region was represented by the industrial districts and their mechanical and engine supply chains, which still rank it today among the top six European manufacturing areas, in more recent times the territory is investing in research and capacity calculation, developing a Big Data Community representing already 70% of the total national scientific computing capacity.

Data and super data, but above all those who hold the supercomputing capacity, as Patrizio Bianchi, Regional Councilor for Research reminds us, is positioned at the top of industry 4.0 today and even more, will be in the future.

The Marconi Valley, a goal that establishes the role of Bologna and Emilia-Romagna as the major research hubs in Europe, making our territory a point of reference on a global level and favoring the attraction of foreign investments, minds and companies with a consequent economic recovery.

As of now we may count the structures already operating throughout the territory, preparing ourselves for the future ones we are working on and which are being already promoted at international events such as Mipim.

Starting from Bologna, home of the Institute of Nuclear Physics with its supercomputing system in use at Cern in Geneva, as well as the National Institute of Astrophysics, the CNR, the Italian research organization on geophysical and volcanological phenomena, the Cineca and not forgetting Modena which hosts the self-driving car research institute.

So the future is 4.0, with Bologna being the site of the new European Weather Center, and the idea of soon establishing a Foundation, the Big Data for Human Development, promoted by the Region, and open to all the great European universities to understand how to deal with the major issues of sustainable development. 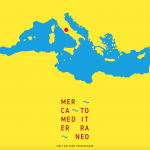 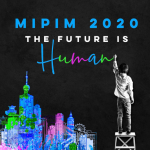