Once again Bologna plays an important role at MIPIM, the International Exhibition of Development, Finance and Real Estate Investments, which will be held at the Palais des Festival Cannes March 14-17. This is always an important opportunity that brings together the world of institutions and businesses from the city to present urban development projects, regeneration, and countless investment opportunities that the Bologna territory has to offer, to an extremely qualified audience, consisting of the international leaders in the Real Estate industry from over 90 countries around the world.

Starting with the future site of Tecnopolo which will host the data center of the European Center for Medium-Range Weather Forecast (ECMWF) and the construction projects at the Navile Market and the Bertalia-Lazzaretto urban development.

In the exhibition space entitled “Bologna Metropolitan Area” there are projects sponsored by the Municipal Administration of Bologna and coordinated by the Urban Center, along with: Guglielmo Marconi Airport, BolognaFiere, CAAB, Interporto, TPER, UNET Energia Italiana (which are joined by the companies Centergross, Emilbanca, Open Project/The Student Hotel, Paolo Castelli, and Prologis).

As part of the event, Bologna’s projects are at the center of some of the events dedicated to investors. In particular, on Thursday, March 16th, at 11:40am, the Emilia-Romagna capital will be the protagonist of the conference held at the Italian Pavilion entitled “Bologna: One of Italy’s Best Kept Secrets for Investments”. 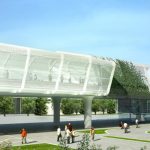 Bologna Launched the People Mover Bridge over the A14 HighwayNon categorizzato 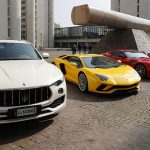